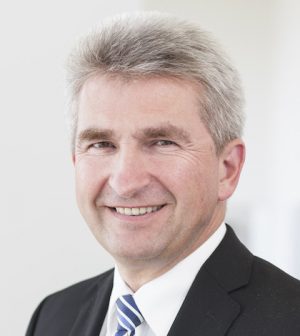 With her report and commentary on the topics MBA & Co., Bärbel Schwertfeger regularly hits the bulls eye. Her work mainly focuses on the quality of the research and teaching. Due to the relatively short-term effect of the Bologna Reform in Germany, the engaging and, above all, expertly produced reports by Bärbel Schwertfeger are, not just for representatives from the field of education but also for those from the economy, significant guideposts.

Since 2011 Professor Andreas Pinkwart was the Dean at HHL Leipzig Graduate School of Management. He studied macroeconomics and business administration at the University of Münster and the University of Bonn from where he obtained his doctoral degree in 1991, with a thesis supervised by Professor Horst Albach. Subsequently Professor Pinkwart ran the office of the FDP’s (Free Democratic Party) leader of the parliamentary group in the German Bundestag from 1991 to 1994. In 1994 he became a professor for economics and business administration in Düsseldorf from where he later moved to the University of Siegen to accept a chair for business administration. Being on a sabbatical leave from 2002 to 2011, Professor Pinkwart was a Member of the German Bundestag (2002 – 2005) and Minister for Innovation, Science, Research and Technology as well as Deputy Prime Minister of the state of North Rhine-Westphalia (2005 – 2010). Since June 2017 he is State Minister for Economic Affairs, Digitization, Innovation and Energy in North Rhine-Westphalia and still chairholder of the Stiftungsfonds Deutsche Bank Chair of Innovation Management and Entrepreneurship at HHL (on sabbatical leave).