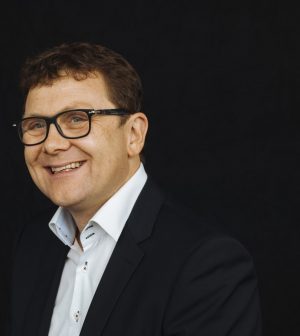 In times of echo chambers, filter bubbles and contested truth, we need more than ever credible voices, upholding the power of enlightenment and dialogue. Over the years, Bärbel Schwertfeger has become an institution in the MBA-scene: fact-based, though empathy and a deep sense of humanistic values. Her passion for quality and ethical standards is most valuable for paving our way of professionalizing adult learning in the business world.

Timo Meynhardt is the managing director of the Center for Leadership and Values in Society at the University of St. Gallen. From 2013 to 2015 he held the chair of management at the Leuphana University in Lüneburg. Since October 2015, Timo Meynhardt holds the Dr. Arend Oetker chair for business psychology and leadership at HHL Leipzig Graduate School of Management.

Meynhardt studied psychology at the Friedrich Schiller University Jena, at the Oxford Brookes University (under Michael Argyle), and in Beijing, graduating from the Jena University as a M.A. in psychology (Diplompsychologe). He held a scholarship from the Study Foundation of the German People (Studienstiftung des deutschen Volkes). In 2003 he obtained his Doctorate at the University of St. Gallen. In 2013 he received a habilitation from the same university, qualifying as a lecturer (Venia Legendi) in business economics with a special focus on organizational and personnel management. From 1999 until 2007 he worked as a practice expert at McKinsey & Company, Inc. in Berlin.