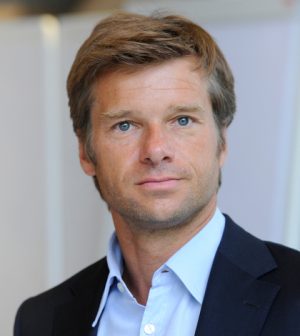 Bärbel Schwertfeger is an accomplished and knowledgeable expert in the area of management education. With her sophisticated research and pinpoint analysis she has enriched the MBA world over the past years and helped keep transparency in an ever more complex environment.
Her innovative blog is a successful addition for MBA press coverage and an excellent service for MBA providers and information seekers alike.

Wolfgang Jenewein conducts research and teaches in the field of transactional and transformational leadership, leadership in high performance teams and leadership in times of change. He also researched in the field of entrepreneurship and marketing. Wolfgang Jenewein has published several articles and books on the topics of leadership, high performance teams, marketing and entrepreneurship. In this area, he worked with the Alinghi sailing team, the German national football team and the German football club VfB Stuttgart. He managed numerous research projects with enterprises such as ABB, Hilti, Mobiliar, Graubündner Kantonalbank, Allianz, Zürcher Kantonalbank, Credit Suisse, DVAG and BMW.

Wolfgang Jenewein currently coaches the executive board of several German and Swiss corporations on Leadership and Culture Development and advises the trainer-team of a German first-league football club.