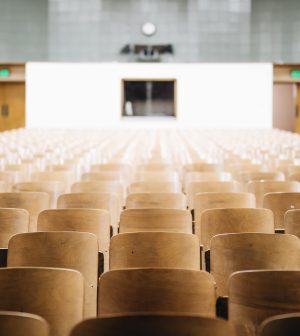 In May, the new Global MBA was supposed to start at Gisma Business School in Potsdam. But it is not known whether the program has actually started. The business school is stubbornly silent about it.

„50% Future Leaders scholarships available for our Global MBA,“ Gisma Business School advertised in March 2021. The new MBA program was supposed to start in May as one of the five new master’s programs. Information about the program was rather scanty. The brochure, which you could only get if you entered your contact information, listed only a few buzzwords about the course modules.

Jessica Carolin Barthel-Jelkmann, press spokeswoman for GUS Germany GmbH, Campus Iserlohn, does not answer the question of how many students have started at Gisma in Potsdam and how many there are in the new MBA program and whether it has therefore started at all, and writes on June 28: „The start of studies for the young university has began successfully in Potsdam. The Gisma Business School can welcome students from different countries, among them Austria, Germany and England. More data will be released in the foreseeable future after evaluation.“

Also on July 30, by which time the students still missing in May should actually have arrived, the press spokeswoman does not answer the question of how many students Gisma has in Potsdam, how they are divided among the five new master’s and two bachelor’s programs, and whether the new Global MBA has therefore started at all, and writes: „As already communicated, Gisma Business School was able to welcome students from Austria, Germany and also England, among others.“

But how serious is a university that stubbornly refuses to disclose the number of its students and which of its courses have even started or have not started at all for lack of students? Thus, the new MBA program remains a phantom, and it is not known whether it is currently being running at all.

But it gets even better. So the press spokeswoman writes also still: „Further data are published after evaluation among other things over the Federal Statistical Office. Please have understanding that we cannot publish individual data in advance.“

Now that is really abstruse. A business school does not want to disclose the number of its students and refers to the Federal Statistical Office, whose figures, which are usually published with a considerable delay, are inevitably based in turn on the information provided by the schools.

The Global MBA is one of the first programs in which Gisma Business School itself is allowed to award master’s degrees in Germany. Until September 2020, Gisma was not a recognized university in Germany and therefore could not award its own degrees. Several degree programs offered by other business schools were therefore franchised.

In May 2019, Gisma had already announced in Hanover that it had submitted an application for a concept review in close cooperation with the Lower Saxony Ministry of Science and Culture and had received a recommendation from the Science Council for state recognition as a university. Now all that remains is for the Ministry to give its approval, and then Gisma will be able to offer its own courses of study and award recognized degrees for the first time.

At the time, the Lower Saxony Ministry demanded a separation of the business areas, as reported by the Hannoversche Allgemeine. Gisma Global GmbH will continue to offer master’s degree programs from partners, mainly in Berlin and soon in Hamburg. At the headquarters in Hanover, the Gisma Business University of Applied Sciences would be founded, the newspaper said.

But nothing happened. There was no recognition by the Lower Saxony Ministry. Gisma Business School continued to offer its franchise degree programs and language courses.

Eventually, Gisma moved its headquarters to Potsdam, where it was state-recognized as a university of applied sciences in September 2020, after proving that it met the legal requirements for recognition. In  Brandenburg an university has a legal right to this, explained the Ministry of Science in Potsdam.

In contrast to Lower Saxony, it was also not necessary in Brandenburg to separate the two business areas. The website gisma.com therefore lists both the new own study programs and the previous franchise programs. And the imprint lists both „Gisma University of Applied Sciences GmbH“ in Potsdam and „Gisma Global GmbH“ in Hanover.

The Global MBA is one of the first five proprietary postgraduate programs (Gisma Awarded Postgraduate Programs). In addition, there are 14 programs whose degrees are awarded by other universities.

These „Gisma Partner Postgraduate Programs“ include an MBA from the Grenoble School of Management. According to the website, the next program starts in September 2020! The profile of the students is revealing. According to the chart published on the Gisma website for the program, 49 percent of MBA students are 18 to 24 years old (remarkably young for an MBA program that normally requires a bachelor’s degree and at least one year of work experience) and 23 percent are from India. 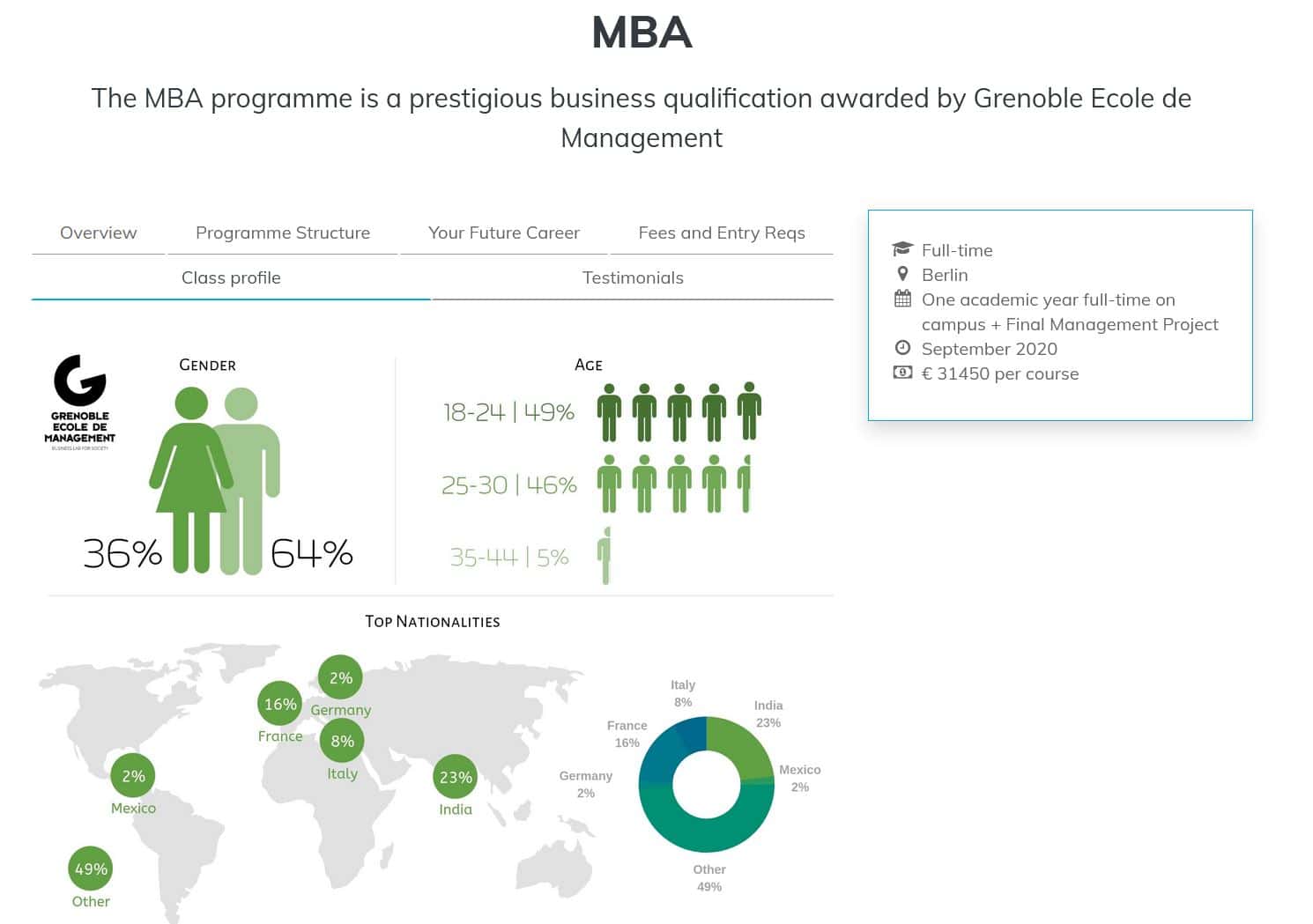 To this end, it is important to know that the education group GUS focuses primarily on recruiting international students. Around a thousand agencies and agents around the world work to lure young people, preferably from India, Pakistan, Nigeria and other emerging countries, to one of the GUS schools – in this case to Germany. They are promised studies in Germany, a language course, help with accommodation and job search.

In Germany, the GUS schools include the Gisma Business School, the University of Europe for Applied Sciences, the HTK Academy, and the Berlin School of Business and Innovation (BSBI), although the latter is not a recognized university and the degrees are awarded primarily by an Italian distance-learning university.

Yet the case of BSBI shows that promises are far from always kept. There, massive mismanagement led to protests by some students in 2019. MBA Journal reported on this in detail at the time. And Poets & Quants writes: „Is this Berlin B-School a scam? Some MBA students say yes.“ The Financial Times also took a critical look at GUS and BSBI, among others, in its article „Inside the university recruiting machine.“

The article was updated on September 19.

Update December 15, 2021: The Grenoble MBA has already ceased to exist since the beginning of 2021. Nevertheless, it was still on the Gisma website until September. The adventurous reasoning of Gisma, its further questionable actions and the disgraceful role of the AMBA can be read here.

Update December 21, 2021: According to information provided by Gisma to the Berlin-Brandenburg Statistics Office, the university of applied sciences reported a total of 29 online students in the summer semester of 2021 for the seven degree programs offered at that time. That would be an average of about four students per program if they had all started. It remains unclear whether the Global MBA had started. Gisma refused – even after repeated inquiries – to provide a concrete answer on this and also did not disclose any information on the number of MBA students, or their age or country of origin (see answers above).