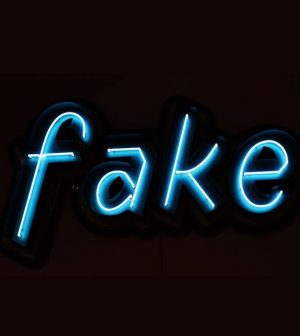 In a promotional video, Gisma Business School advertises the picturesque castles in Potsdam. But the shot shows a castle in Ukraine.

We know this mainly from degree mills, i.e. fake universities that sell worthless academic degrees for a hefty sum. In their photos and films, one can often admire happy students in front of representative buildings, often in front of a picturesque castle.

There are also castles in Potsdam, where the new campus of the Gisma Business School is located. The Prussian Palaces and Gardens Foundation Berlin-Brandenburg lists no fewer than 30 palaces and gardens. As a UNESCO World Heritage City, the city is a tourism magnet and invites students to „enjoy the historic districts and gardens, impressive castles, music and theater festivals and, of course, the numerous picturesque lakes,“ according to the Gisma website.

Finally, the location plays an important role. Because the university of applied sciences, which has been recognized in Brandenburg since September 2020, belongs to the profit-oriented education group Global University Systems (GUS), and the latter focuses primarily on recruiting international students. Around a thousand agencies and agents around the world work to lure young people, preferably from India, Pakistan, Nigeria and other emerging economies, to one of the GUS schools – in this case to Potsdam, although Gisma also has a location in Berlin.

And because they probably haven’t heard of Potsdam in India and Nigeria, the study location is advertised in the highest terms. Potsdam is the city with the „second highest growth rate in Germany“, which is also known „for its booming economy and its rich leisure offer“. And that, of course, includes its magnificent castles.

„Potsdam is famous for its scenic castles“ reads the Youtube promotional video „Introducing our Potsdam Campus“ during a landscape shot with a fortress picturesquely situated on the river. 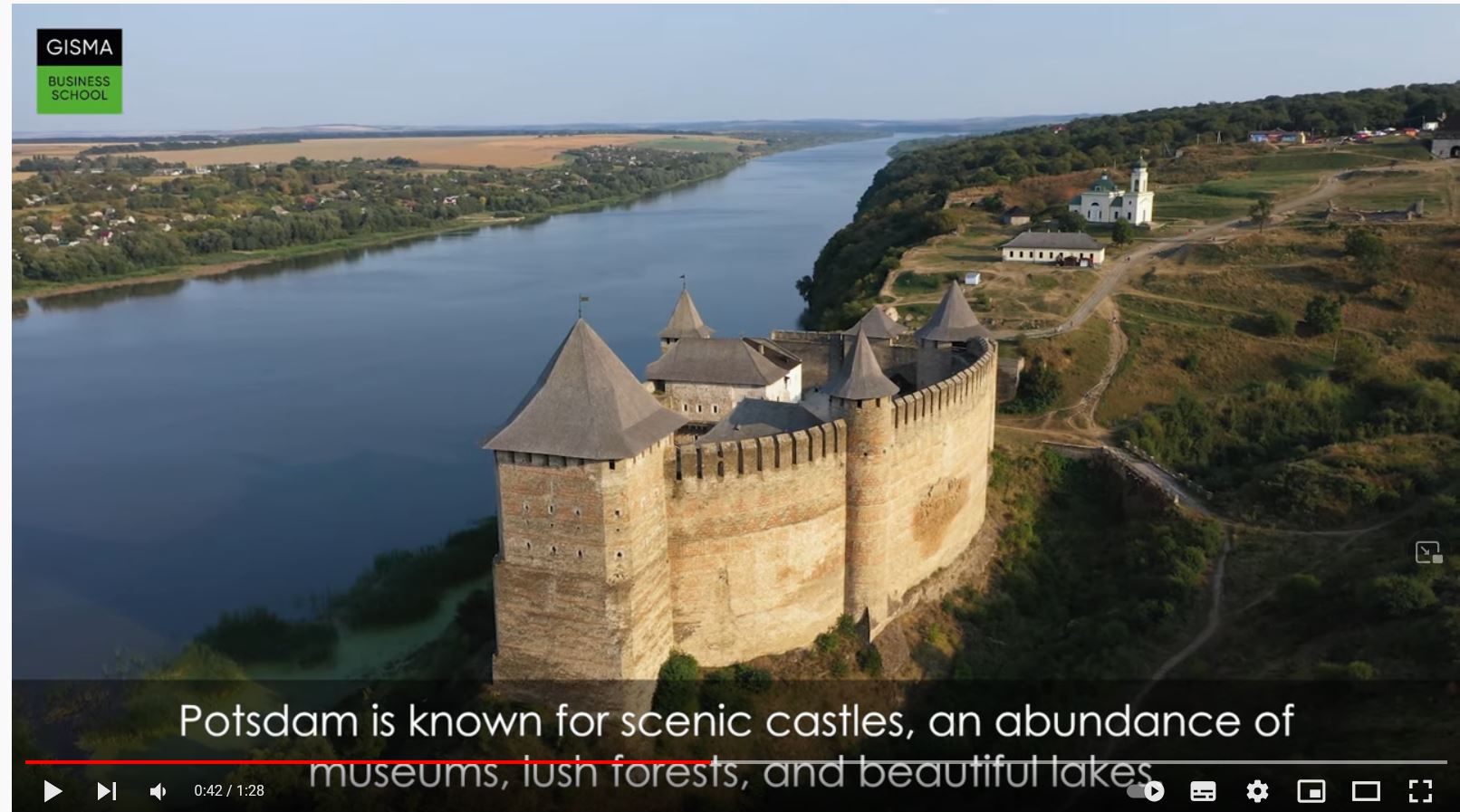 It’s just stupid that the shot obviously shows a fortress in Ukraine. „Aerial view of medieval Khotyn fortress on a Dniestr river, Chernivtsi region, Ukraine“ is the description of an almost identical view in the Alamy photo database.

Duncan found this out on the Find MBA website: „There is a hilarious video of their ‚campus‘ in Potsdam. At least one if those buildings is a thousand kilometers away, in Ukraine.“

He also noticed the obvious image montage of students lying in the grass in front of a historic building: „I also loved the green screen montage at the end with the actors pretending to be in front of a building.“ 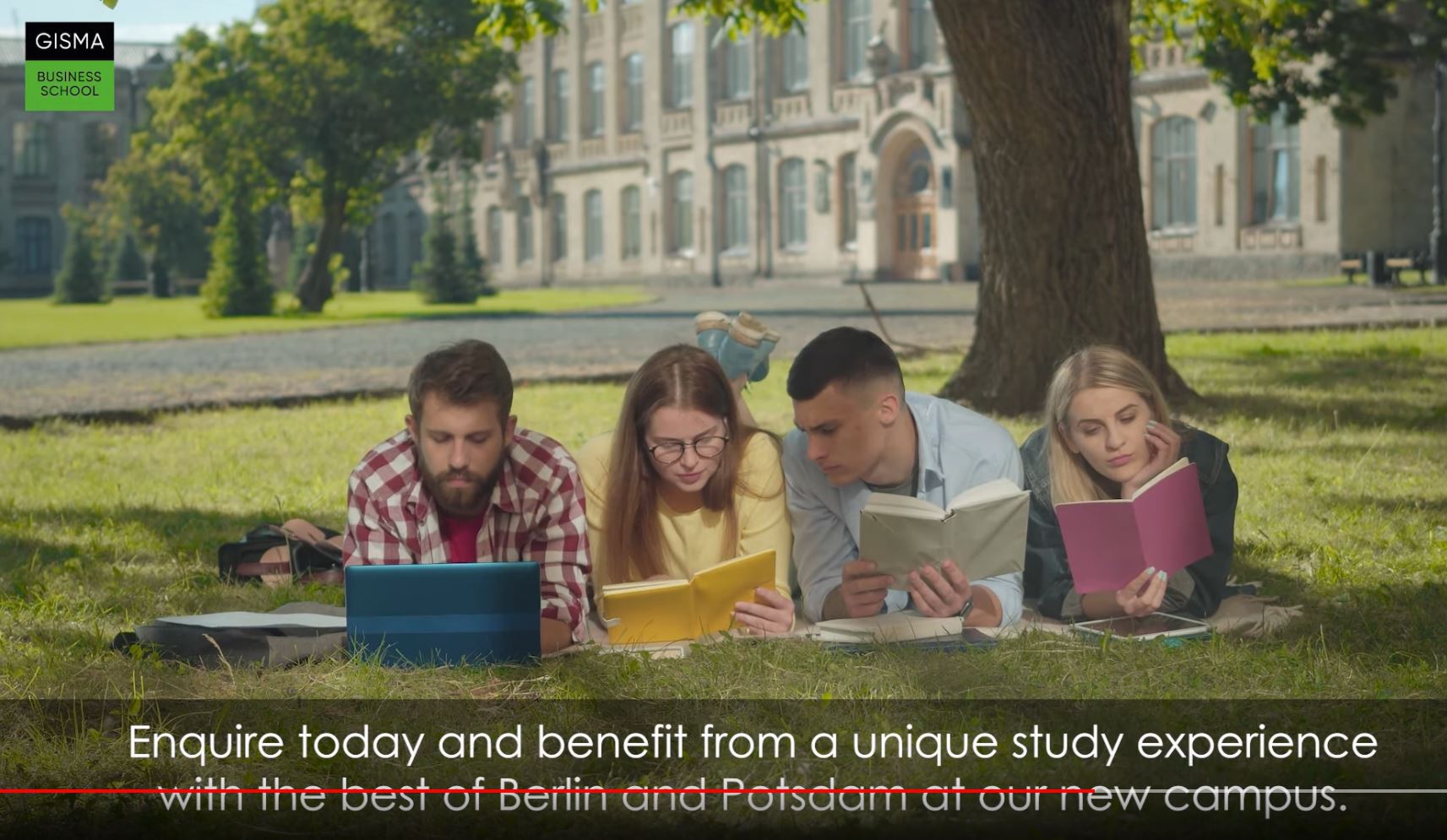 But maybe Gisma simply lives in a different reality? Last year, for example, the school refused to answer the question of how many students had started studying at Gisma in Potsdam in May, how many there were in the new Global MBA, and whether it had therefore started at all.

Instead, it just said, „The start of studies for the young university was successful in Potsdam.“ And what successful means is, of course, a matter of opinion. For example, in the summer semester of 2021, Gisma reported just 29 online students to the Berlin-Brandenburg Statistics Office for the seven degree programs offered at the time. That would be an average of about four students per program if – as Gisma now claims – all programs had begun.

Gisma University of Applied Sciences was recognized as a university of applied sciences in Brandenburg in September 2020. Until then, the private school founded in Hanover was not allowed to award its own degrees. Therefore it offered several courses of studies of other business schools in a franchise model.

Among the first five of its own postgraduate programs (Gisma Awarded Postgraduate Programs) offered in May 2021 was the Global MBA. In addition, there were 14 programs whose degrees are awarded by other universities. These „Gisma Partner Postgraduate Programs“ also included an MBA from the Grenoble School of Management, but this has already been stopped since the beginning of 2021.

There are currently eleven „Gisma Partner Postgraduate Programs.“ In nine programs, the master’s degree is awarded by the British University of Law, which is also one of the GUS schools. The University of Law has had an eventful history. Its business school currently offers 18 master’s programs at various locations.

Update January 25: No sooner had the article appeared than the Youtube video was deleted. A backup copy before deletion is available.