Do we need more Tech MBAs? 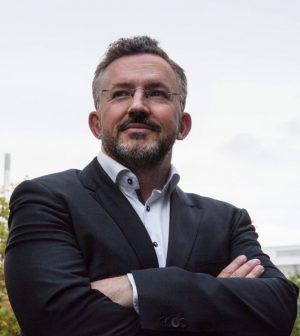 A growing number of business schools are repositioning their MBA offerings introducing so-called Tech MBAs. But do we need more Tech MBAs? Yes and no. Yes, if these programs can depart significantly from the 20th century MBA approach and can reconcile high-tech and social purpose in an internally consistent manner. No if business schools just throw a sprinkling of technology courses over their MBA and brand it as an exclusive “experience”.

The traditional MBA was the outcome of the industrialization of the USA during the late 19th and 20th centuries. During this period of industrialization, the USA needed to improve labour productivity, and its firms started to globalize. In 1911 F.W. Taylor wrote a book entitled „The Principles of Scientific Management,“ arguing for a scientific approach to assist managers in raising the productivity of their employees. It was hugely influential over the next century in influencing management education.  We see it today in the fact that human resource management, leadership, operational planning and accounting are still core courses in the MBA.

Then, after the second world war, the USA’s multinational companies conquered the world, and those elsewhere tried to follow suit. As The Economist  described it: „McDonald’s and KFC embodied an idea that would become incredibly powerful: global firms, run by global managers and owned by global shareholders, should sell global products to global customers. For a long time, their planet-straddling model was as hot, crisp and moreish as their fries…. The likes of IBM, McDonald’s, Ford, H&M, Infosys, Lenovo and Honda have been the benchmark for managers…“  With this „benchmark,“ companies needed managers who could manage large corporations, span the globe, understand international business, and moreover conquer new markets, overcome competition, and raise the required finance to scale their businesses globally. We see this need today reflected in the MBA curriculum’s strong focus on strategy and branding, marketing, international trade, logistics and supply chain management, and finance.

This seems to have worked fine for a while, but now, the world is changing again. Both labour productivity (the concern of Taylor) and globalization of firms (the “McDonalds” model) are increasingly finding the going difficult. Trade wars between the world’s largest economies are becoming a reality, and more and more firms are reshoring or redoubling their focus on local and regional markets. In short, over the past two decades in the West labour productivity growth has continued to decline, entrepreneurship has gone into decline,  innovation has become less effective, inequality and CEO pay have sky-rocketed, and globalization is being rolled back.

All of this has happened even though – or perhaps because of – enrollments in MBA programs have grown tremendously, for example, by 623 percent between 1970 and 2012, compared to growth in other Master’s degrees of only 103% over the same period. Besides the fact that one may have expected the relative pay of CEOs to decline given their potential over-supply from all the MBA factories, why has the impact of this on fundamental management issues such as productivity, innovation, and entrepreneurship been so disappointing?

In recent times the penny has dropped. Some, like Martin Parker, have argued that all business schools should be shut down, stating that “ Business schools have a huge influence, yet they are also widely regarded to be intellectually fraudulent places, fostering a culture of short-termism and greed… the best solution to these problems is to shut down business schools altogether.”

No surprise then that business schools have started to rethink the nature and content of the MBA. This rethink of the MBA has been given urgency by declining MBA enrollments in recent years, and signs that the MBA is losing its luster. Maybe, the argument goes, if we re-design the MBA then business schools themselves may be saved by producing not graduates that contribute to the woes just described, but to provide overall leadership for a crisis-prone world wherein the politicians seems to have lost the plot. Ironically, business schools are becoming more ambitious and even grandiose as to their place in society even as calls are being made for them to be closed down.

In this rethink, an idea that has already widely percolated is that of social “impact” or purpose. Gone are the days that business school graduates wear it on their sleeves that they are out to amass fortunes and maximize profits. Walk into any so-called triple crown accredited business school today, and you will be greeted by a host of social entrepreneurs, philanthropists, CSR enthusiasts, social justice warriors, and business ethics professors. Courses on how MBA graduates can help the world achieve the Sustainable Development Goals (SDGs) are becoming de rigueur. “Responsible business education” where “sustainability“ is the keyword, is to be the new normal.

Another idea that is gaining much traction is that MBAs need to be redesigned to equip graduates to make their impact in a world that is undergoing a technological revolution. It is driven by innovations in ICT that have made the cost of computing decline significantly, the number of connected devices skyrocket, and that has turned digital platform firms into global superstars.  The most valuable companies in the world are digital platform companies. They are leading in the development of artificial intelligence (AI). In fact, AI is being extraordinarily hyped and touted as a new general-purpose technology similar to electricity, with data “more valuable than oil” and the data scientists the “sexiest job” of the 21st century. Whereas in the first half of the 20th century, MBA graduates had to manage the productivity transformation of their firms, and in the second half the global transformation of their firms, now in the 21st century, they have to manage the digital transformation of their firms.

A growing number of business schools are repositioning their MBA offerings in light of the above by introducing so-called “Tech MBAs.“ It helps, of course that the tech sector has become one of the largest employers of MBA graduates.  Examples include Cornell Business School’s 2017 launch of a Tech MBA, and more recently IE Business School`s launch of what they label „Europe’s first Tech MBA.“  We can expect many more business schools to follow suit. They smell a market to sell more MBA seats to and at quite a premium: the Cornell Tech MBA goes for a whopping US$107,000.  Many others, even if they don’t call theirs a Tech MBA, have been giving more coverage to “tech” topics such as big data analytics, artificial intelligence, and digital economies. The favorite, and also most controversial, is digital marketing, which is the core of the growing attention industry and concerns about data privacy, algorithmic bias, and voter manipulation.

The controversies and concerns, and the broader fears about the abuses of technology signal a conflict in business schools’ pivot towards both social purpose and high tech. Many new technologies raise moral, ethical and governance challenges and problems that business schools typically have not addressed well, if at all, and which jars with the idea of responsible business education. Many tech firms that will be gobbling up the graduates of these Tech MBA programs most eagerly are not exactly employing their techies to solve the grand global challenges, and may contribute to rising inequality. Issues that business schools tend to neglect include the rise of high-tech as a religion (transhumanism), the culture of exceptionalism in the high-tech industry, its persistent gender gap, autonomous lethal weapons, the collaboration between high-tech and the military, the surveillance state, excessive hype about AI, tax avoidance by and digital  taxes for platform firms, and new forms of collusion.

More glaringly, however, if business schools do want to make an impact on sustainable and shared development and global leadership, then offering “Tech” MBA programs with expensive price tags seems strange. It is also quite ironical, given that the technological revolution is making things cheaper and more accessible. Can business schools, therefore, not practice their enthusiasm for high tech by utilizing the same tech to innovatively reduce the costs, increase the access to education, and provide differentiated learning? Why should a top UK business school offer a course in AI for £2,500 while a university in Finland offers theirs for free? In contrast with the huge drop in the costs of computing and information, the cost of a business school education, like higher education more generally, has been rising : tuition in higher education in the USA for instance increased by 1225% between 1978 and 2015 – five times faster than the average prices of goods and services.

So, do we need more Tech MBAs? Yes and no. Yes, if these programs can depart significantly from the 20th century MBA approach. Yes, if they can reconcile high-tech and social purpose in an internally consistent manner. Yes, if they are not selling out to high-tech commercial interest only. Otherwise, they may end up making business schools seems insincere and schizophrenic, exacerbate wage premia, and divert focus away from less scalable, less sexy, but nevertheless vital other technologies. To depart from the 20th century MBA approach will require changes to the business model of business schools. For most schools, however, with their short-termism tradition and herding behavior, it may seem the much easier option rather to throw a sprinkling of technology courses over their MBA and brand it as an exclusive “experience”. As long as there are enough rich or heavily indebted students willing to pay the price, we may even see a proliferation of Tech MBAs that we don’t really need.

Wim Naudé is Professorial Fellow at United Nations University – Maastricht Economic and Social Research Institute on Innovation and Technology (UNU-MERIT), The Netherlands and Visiting Professor in the Technology, Innovation, Marketing and Entrepreneurship research area at RWTH Aachen University. He is also a Research Fellow at the IZA Institute of Labor Economics in Bonn and at the Africa Study Centre at the University of Leiden, and a Research Affiliate of the International Security and Development Centre in Berlin. Between 2012 and 2018 he was the Dean of the Maastricht School of Management, and between 2018 and 2019 an Academic Visitor at Saïd Business School, University of Oxford. His research is broadly concerned with the role of entrepreneurship, innovation and technology in economic change. He has published widely, including nine books on innovation, entrepreneurship and development, available on Amazon and Oxford Scholarship Online.